This is chronicling the unsold 2004 remake of Match Game called What the Blank!.

The show is similarly faithful to Match Game. Two contestants compete, facing the traditional panel of six celebrities (except the MG2 pilot and the 1998 revival) where each player is asked a fill-in-the-blank question, though unlike other versions, there's is no choice of "A" or "B" (unlike versions from the 70s, 90s & 2016) nor "pun-style categories" (unlike the MG2 pilot and the 1998 revival) each question has either a photo for context (a small video clip attached or is delivered via rap) by either Willard or West respectively also the panelist wrote down their responses on a video tablet instead of a blue card.

A question was immediately revealed as there was no choice of two questions marked "A" or "B" (like versions from the 70s, 90s & 2016) nor pun-style categories (like the MG2 pilot or the 1998 version). Then the six celebrities wrote down their answers on electronic writing tablets instead of cards. When the answers were locked in, the contestant then gave his/her response and upon giving his/her answer, it appeared on the screen, likely for the home viewers to remember. Then the celebrities' answers were checked out one by one. Each match scored points; 1 point in Round 1 and 2 points in Round 2. The player with most points at the end of two rounds won the game.

At random times during the show, various "thoughts" from panel members (and sometimes the host) being usually sarcastic were played as a voice over during what would normally have been pauses during the show.

The Super Match was played as it always has: an audience is polled, the top three answers are hidden, and the player can choose three celebrities for suggestions; they can then select one of the three that were chosen, or go out on their own. The most popular response is worth $5,000, second is $3,000, third is $2,000. The player then chooses one celebrity for a Head-to-Head match, with a successful match multiplying the winnings by five (i.e. $10,000/$15,000/$25,000) also the chosen celebrity wrote down their answer on their video tablet while standing up instead of at their desk (unlike both the 70s, 90s & 2016 versions respectively) or at their podium (unlike the 1998 version).

The title of the show is a play on the cursing term "What the F*ck!".
The six celebrities that were seen in the pilot were Andy Kindler, Laura Kightlinger, Zack Galafankis, (The Late) Anna Nicole Smith, Willard's Fernwood 2 Night partner-in-crime Martin Mull and The Coors Twins (Diane and Elaine Klimaszewski).
In the pilot, the production slate was there but no end credits were ever shown at all. additionally, the production slate had a question mark instead of an exclamation mark in the title of the show (See "photo" page above this article for details).
The visual style questions along with the Supermatch payoffs since been carried over to the current Baldwin version ever since.
On May 24, 2013; fellow game show announcer Randy West has one clip of his announcing as part of his demo reel. On May 17, 2020; former game show host Wink Martindale uploaded a full pilot as part of the "Wink's Vault" series as a small tribute to Willard's death as he passed away on May 15, 2020 at age 86. 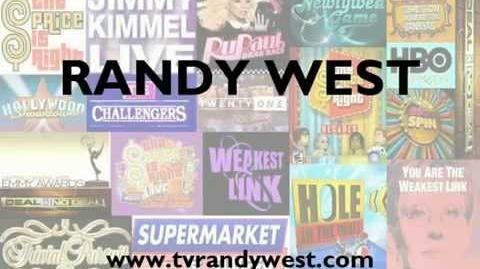 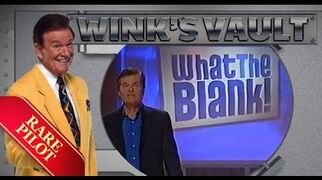