Mark Goodson Wiki
Register
Don't have an account?
Sign In
in: What's My Line?, Game Shows N-Z, Syndicated,
and 2 more

This is chronicling the 1968 version of What's My Line?.

In the syndicated run, the contestant would demonstrate or perform the product or service in question.

After two rounds of What's My Line? were played, a third round was played but a little differently. For this round featured the appearance of the "Mystery Guest". This was where the panelists were blindfolded so they couldn't see the guest. The mystery guest entered and signed in as usual, and that's where the game began. As usual the panel asked yes or no questions, this time to try and guess the name of the mystery challenger. What makes this round more different is that this time each panelist can only ask one question per turn hence the rule "one question at a time", and they had two to three minutes to identify the guest. While all this was going on, the mystery guest disguised his/her voice in a variety of ways.

Some mystery guests wouldn't be famous from the entertainment field, but from other walks of life; when that happens, those guests would play in the main rounds; instead of writing their names, they would write down a big "X" referring to them as Mr. or Ms. "X". One such main round mystery guest was future president Jimmy Carter.

In the 1960s & 1970s syndicated run, whenever there was extra time, a special game was instituted called Who's Who. This was where four members of the studio audience were lined up on stage, and their occupations were printed on cards. Each panelist took those occupation cards gave each to the appropriate contestant (the ones who they thought had that occupation). Each time one panelist failed, another panelist took a turn. The game ended when the panel was stumped or if a panelist can place the occupations with the right contestants.

First host Wally Bruner turned his attention to the "How to..." biz after three years of hosting the show called Wally's Workshop. He made a guest appearance as a Mystery Guest in a 1969 episode.

The cue for the Who's Who segment was originally used as the theme song for the short-lived syndicated game show He Said, She Said hosted by the late Joe Garagiola from 1969 until 1970.

Before this version's demise in 1975, the series had a 90 minute special called What's My Line? at 25 hosted by original host John Daly, former panelists Arlene Francis and former creator Mark Goodson in which it celebrated the moments from the original CBS Primetime version airing on ABC Late Night on May 28, 1975. This special was also reran on Game Show Network (or GSN) on December 24, 2014 and Buzzr as part of their "3rd Annual Lost & Found" week in 2018. 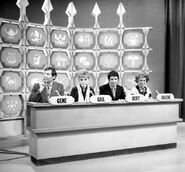 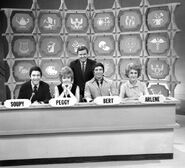 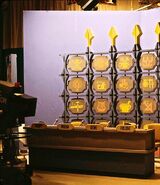 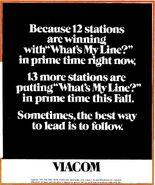 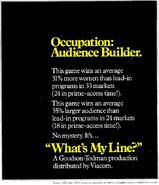 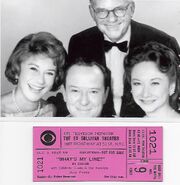 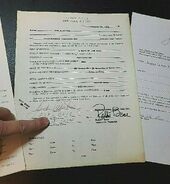