Each question featured four to seven answers with the third question scoring double points and each additional question scoring triple points until one family reached 300 points. That family won 10 F (francs) per point and played La Finale (The Final) for 30,000 F. Failure to reach 200 points in La Finale (The Final) earned 50 F per point. In 1994, the payout structure changed to 5 times the winning family's score and 20 times the losing score in the bonus round.

Beginning in 2007, four questions are asked (the top six or seven answers for each of the first two questions and the top six answers for the third question) with the last question (top five answers) scoring triple points. Until 2014, the family with the highest score won €10 per point. In La Finale (The Final), the time limits became 20 and 25 seconds and 200 points won €10,000 for each top answer, €5,000 for no top answers, or €100,000 for all five top answers. If they won less than €100,000, they could leave with their earnings or risk all of their winnings and return the next day. Families who won three days in a row or won €100,000 retired undefeated.

In 2007 and 2008, the families would be read a statement and the first player to buzz in and answer correctly won a prize. If nobody won the duel after the second round, it would be played again after the third round. In 2009, the duel involved opposites, synonyms, and puns.

Beginning in September 2013, if both families accepted the duel, a member of each family would be asked a question with 6 answers. The highest-scoring family member would answer first and kept answering until giving a wrong answer, which passed control to the other player. After 45 seconds, the player with the last correct answer scored the points, which automatically happened if that player revealed the last of the hidden answers.

On the 2021 revival, La Face a Face (Face to Face) would follow the second question. The first three members of each family would take turns providing answers to multi-answer questions. One member of each family provided an answer, followed by the second members, third members, first members, and so on. Any player who gave a wrong answer would be eliminated from the next question. Once a family's members have been eliminated, the other family won a prize. The highest scoring family would be guaranteed €1,500. The time limits in La Finale (The Final) are still 20 and 25 seconds and scoring 200 points wins €5,000 for each top answer or €100,000 for all five. 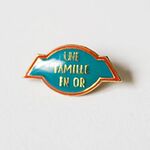 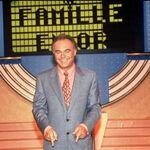 The 1990-1994 survey board was inspired from the Ray Combs era survey board of America from 1988 until 1994.
The theme song from this version (1990-1999) was remixed as a theme for Family Battle in 2017.
Before the show, Arnaud Tsamere was the host for Canape Quiz (Sofa Quiz) a short-lived French version of Hollywood Game Night also airing on TMC in 2014. 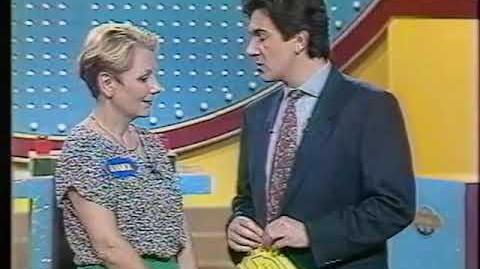 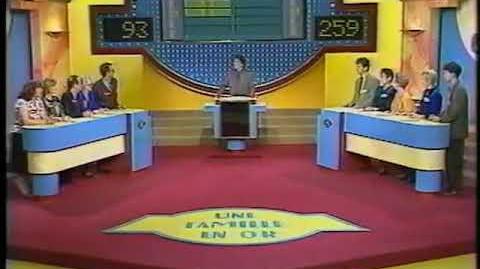 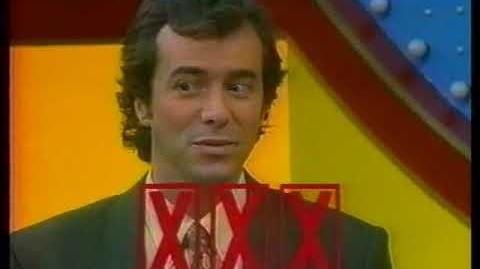 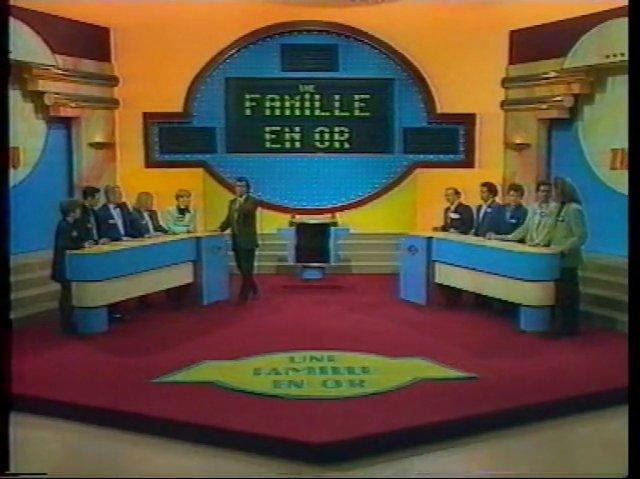 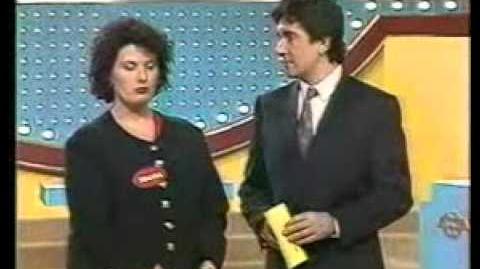 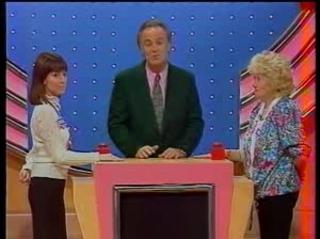 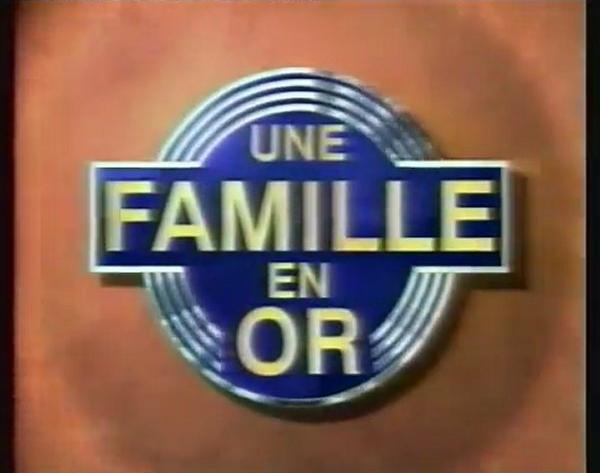 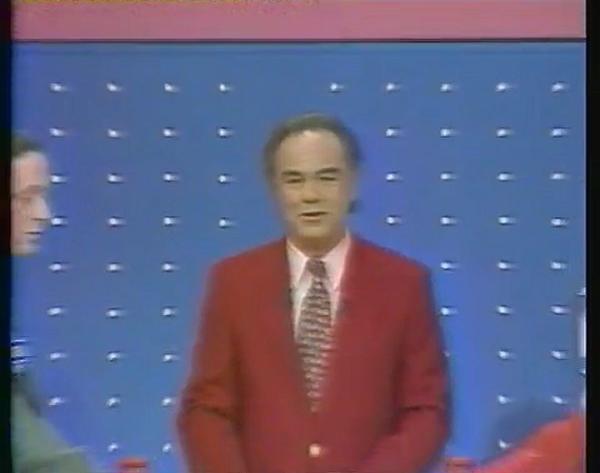 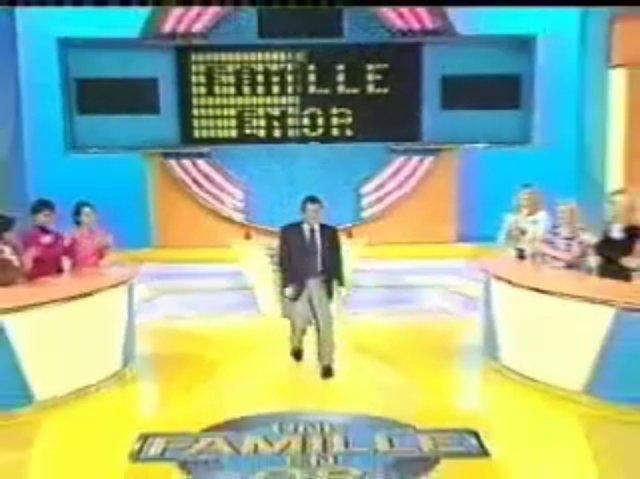 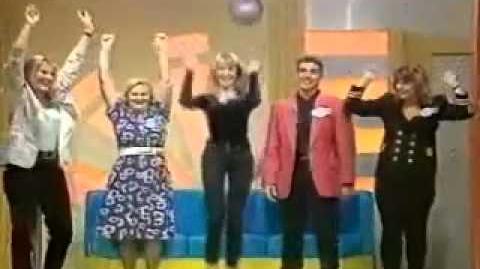 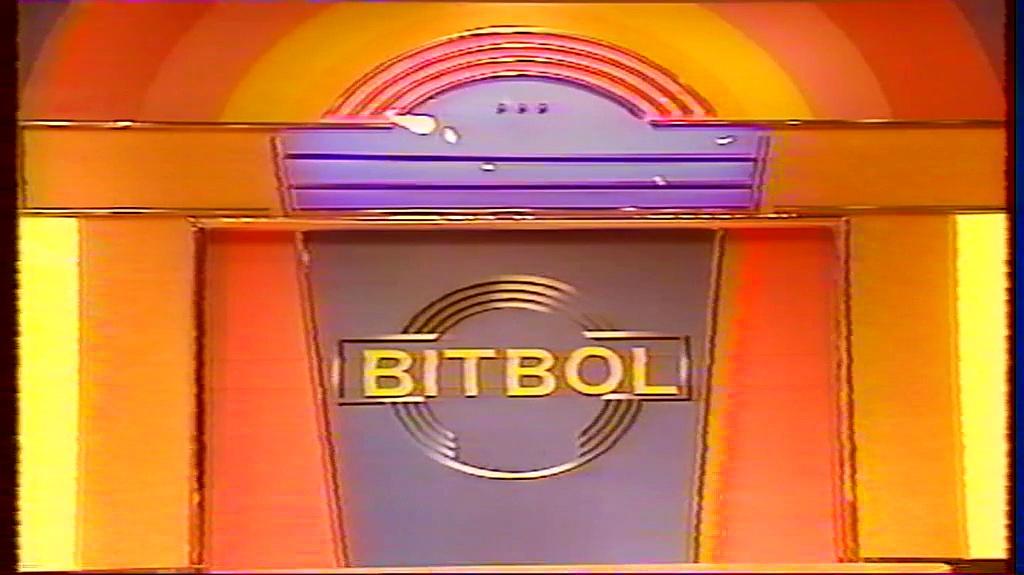 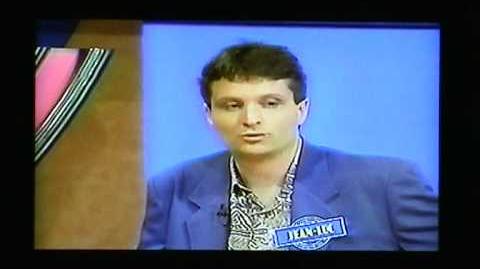 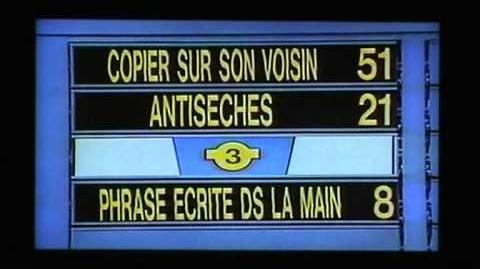 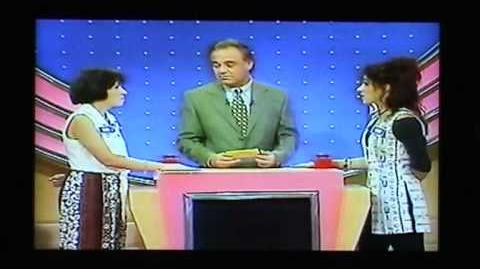 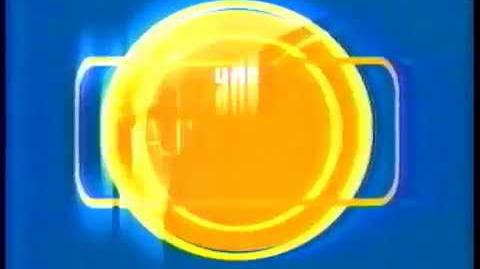 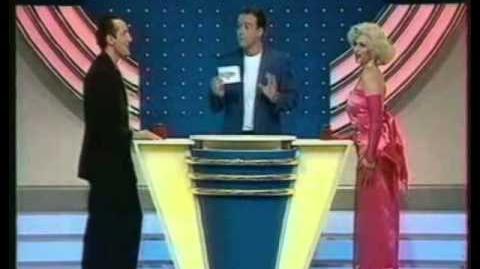 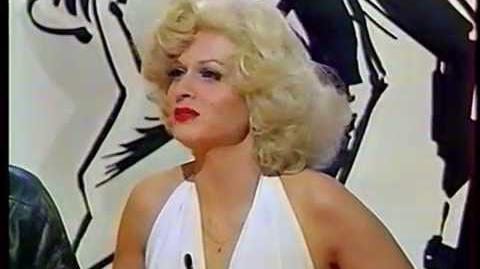 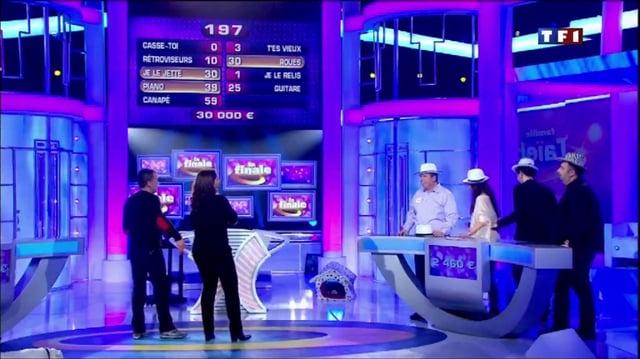 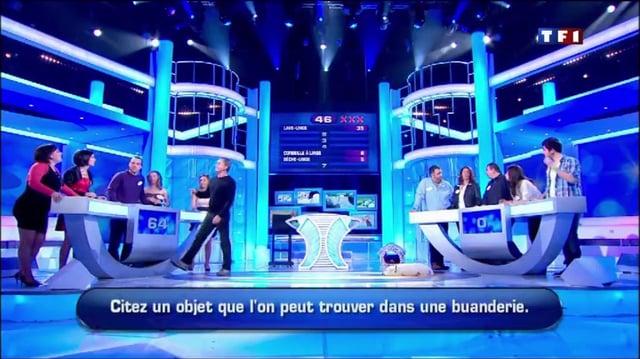 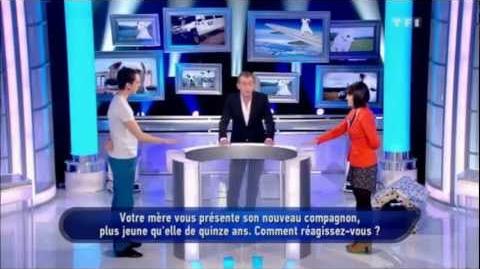 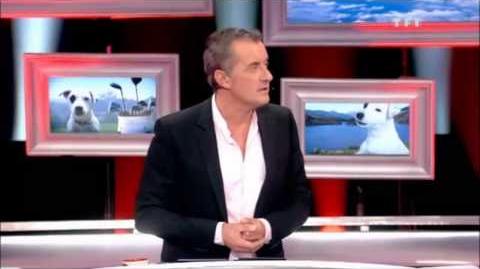 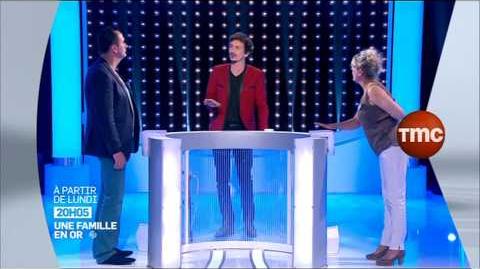