The Yank is an unsold pilot from 1960 about the post-Civil War adventures of a doctor who had fought with Sherman in the Union army.

The Yank was developed by Andrew Fenady, who hoped that the proposed series would be a perfect follow-up to "The Rebel". The pilot was filmed at Paramount studios and starred James Drury.

The pilot was under option to ABC-TV, who liked the series and offered a 17-episode commitment. Reports even circulated in April 1961 that ABC was combining "The Rebel" and "The Yank" into an hour-long series titled "The Rebel and the Yank", with plans to air it Wednesdays from 7:30-8:30PM during the 1961-1962 TV season.

Goodson-Todman decided against ABC's 17-episode offer and instead took the pilot to NBC. In retaliation, ABC canceled The Rebel, which at the time was still popular. ABC however claimed that the show was canceled because the trend in television was hour-long shows, and that having an hour-long Rebel replace "Hong Kong" wouldn't have improved ratings. Furthermore, the opportunity arose to have Steve Allen do a variety series, and they reportedly believed he could pull viewers away from NBC. 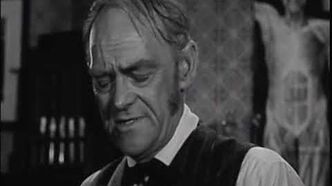