Two new contestants played the Match Game half of the show. Just like Match Game all by itself, the object of the game was to match as many of the six celebrities as they can. At the beginning of each round, one contestant had a choice of two questions (A or B) leaving the other one for the other contestant. Each contestant was read a statement with a blank at the end or near the end. Then the six celebrities wrote down their answers to fill in the blank. When finished, the contestant in control gave an answer of his/her own after which the stars revealed their answers. Each time the contestant matched he/she scored a point but each celebrity can only be matched one time. Like Match Game PM the game was played in three rounds and the player who had matched the most celebrities at the end of round three won the game. If the game ended in a tie, a Super Match style question was read and the contestants were shown four possible answers which were faced away from the stars. Each contestant chose an answer by number and then the stars one at a time gave verbal answers. The player whose answer was mentioned first won the game. The winner of the game won the right to play Hollywood Squares against the show's returning champion.

A home viewer contest was played during "sweeps" periods in February and May 1984. At the start of Round 2, Rayburn called one home viewer that was previously selected at random and awarded him/her $500. That viewer then played a Head-to-Head match against the celebrity of his/her choice, receiving an additional $5,000 and a walk-on role in a popular NBC daytime soap opera for making an exact match.

NOTE: It is assumed that the winner would receive a trip to the NBC Burbank area or to New York City (if the soap was Another World, which taped in New York City at the time) if they won the telephone match.

In the Hollywood Squares half, Jon & Gene traded places with each other and an extra tier swung in to make room for three more stars. As in Hollywood Squares all by itself (and in tic tac toe) the object of the game was to get three stars in row either across, up and down or diagonally. They do that by agreeing or disagreeing the stars' answers to questions, each time they do that correctly they capture a square and scored $25, but each time they do that incorrectly the square and money went to the opponent. The first player to get tic-tac-toe or get five stars wins the game and more money. The first game was worth $100 and every game thereafter was worth $100 more than the previous.

What makes this Hollywood Squares different from all the other versions are these rules:

The Super Match was mostly the same as the original down to the host, for Gene Rayburn took over once again, but the Audience Match amounts were increased, and all nine stars participated.

A prior studio audience was asked to give its best response to a fill-in-the-blank phrase, and its three best answers were placed and hidden away on a game board. Each one was assigned a dollar amount according to the popularity of each answer; the top answer was worth $1,000, the middle answer was worth $500, and the least popular was worth $250. Once the question was revealed, the winning contestant selected three stars who gave their answers to help out the contestant. When the answers were given, the contestant then chose which answer to use or reject them all and give an answer of his/her own. When all was said and done, the answers were revealed one at a time starting with the least popular answer and ending with the most popular. If the contestant can match any of the answers, he/she won the money attached to the answer. If the player chose an answer that was not on the board, he/she earned $100.

In the Head to Head Match portion, the nine stars had numbered cards in front of them. Four of the stars have 10s, another four had 20s, but only one of them had a 30; those numbers affected the amount won in the Audience Match. The winning contestant chose which star to play with, at which point the chosen celeb revealed his/her number, and whatever the number revealed was multiplied to the Audience Match award won (ranging from $1,000 to $30,000). Host Rayburn then read another fill-in-the-blank phrase after which the chosen star wrote his/her answer. The winning contestant then gave his/her answer after which the chosen star revealed his/hers and if they match, the winning contestant won the grand cash prize.

In order to win the money, the contestant had to match his/her chosen celebrity's response exactly or it cannot be accepted; this meant that multiple forms of the same word, e.g. singular or plural, were usually accepted whereas synonyms were not.

Champions stayed on the show until they won five days in a row (for a possible payoff of $150,000 plus their Hollywood Squares winnings) or defeated.

At the time, this replaced the equally short-lived game/talk hybrid show Fantasy hosted by Peter Marshall & Leslie Uggams.
This was the second and final version of The Match Game to be aired on NBC as the first was in 1962.
The telephone match was also used in the original 1962 version of The Match Game.
This was the second hour-long Goodson-Todman game show, with the honors of being first going to The Price is Right (1972 version) while the third goes to Family Feud more specifically, Family Feud Challenge in 1992.
Bauman's first game show hosting gig was The Pop-'N-Rocker Game in syndication from 1983 until 1984.
Before this show, Jon Bauman also appeared on Match Game as his alter ego named "Bowzer" of Sha Na Na.
While one host hosted the appropriate half of the show, the other host sat on the panel.
Then current and future hosts Pat Sajak, Bob Eubanks, Chuck Woolery and Arsenio Hall appeared during some weeks.
The now-defunct NBC Experience store in New York City used a picture from the pilot episode to represent Hollywood Squares on a mural featured on the store's floor. In it you can see that the Squares contestant/host area was in the same style of the series, only in shades of grey instead of reds, yellows and blues of the series set.
Due to conflicting ownership rights between Mark Goodson Productions (formerly FremantleMedia, now Fremantle) and Orion Television (now MGM), The Match Game-Hollywood Squares Hour had not been rerun for more than 35 years. However, it was announced that the digital subchannel Buzzr added the series to its lineup in 2019. A four-episode marathon consisting of Episodes 002 to 005 aired on February 17, 2019. It was added as part of their permanent schedule on September 30, 2019.
The Squares half of the set inspired the 2017 version of Hip Hop Squares hosted by DeRay Davis on VH1 and Nashville Squares on CMT hosted by Bob Saget in 2019.

The main theme from this show would be reused as a car prize cue on The Price is Right and the 1986 version of Card Sharks.

The times-up bell SFX was the same one used on Sale of the Century (Perry) and Supermarket Sweep (Ruprecht), and the generic bells were from the original 1978 version of Card Sharks as well as Classic Concentration starting in late 1987.

The ticket plug would also be reused on The Price is Right as a showcase cue.

A revamp of the theme "Lottery" was used by WNEW-TV/WHDH-TV in Boston during the late 1980s and early 1990s as well as several local Illinois game shows. It can also be heard during the live stage show called The Price is Right Live!.

The main theme was also used in the British version of Price (formerly known as The New Price is Right) hosted by Bob Warman, it briefly aired on British channel Sky from 1989 until 1990.

This series exists in its entirety and its now aired on Buzzr. 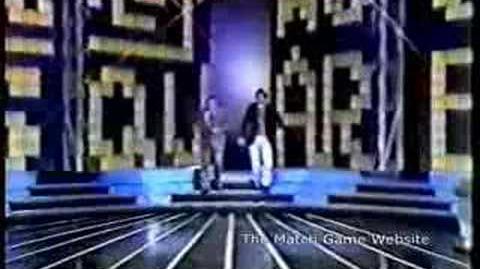 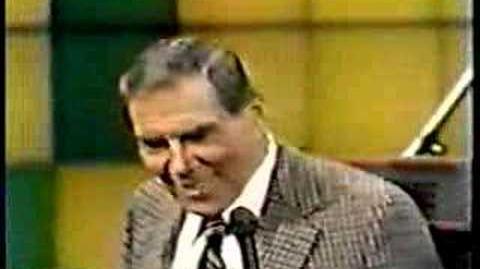 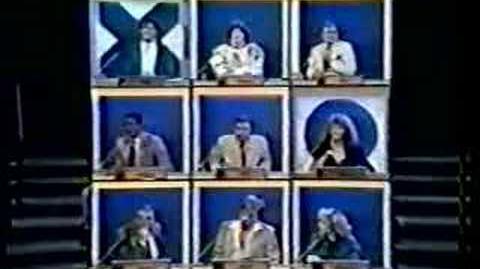 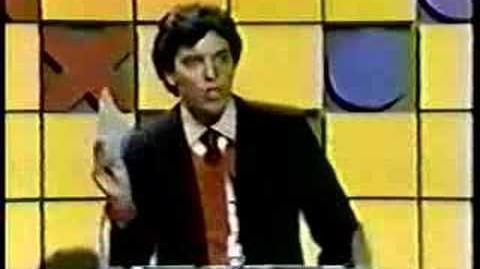 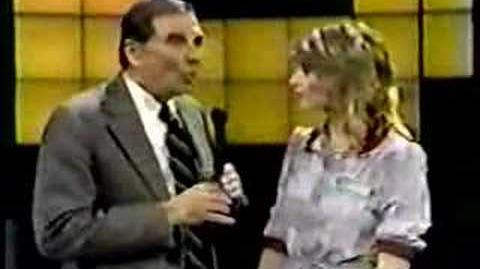 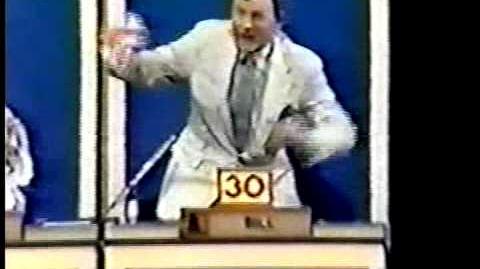 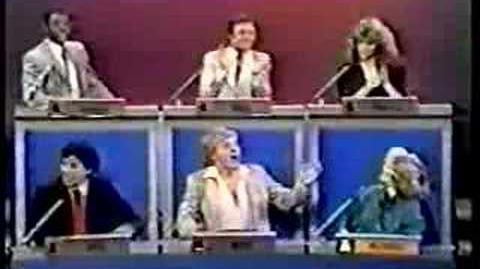 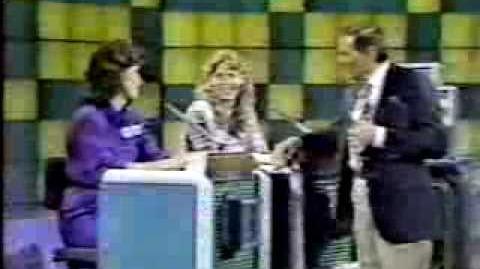 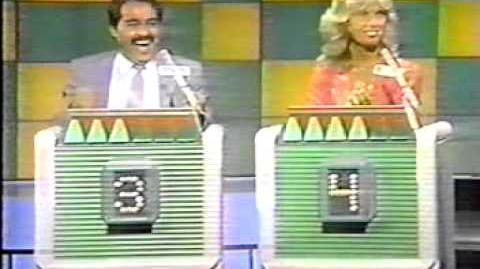 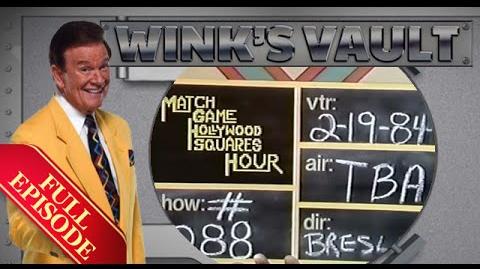 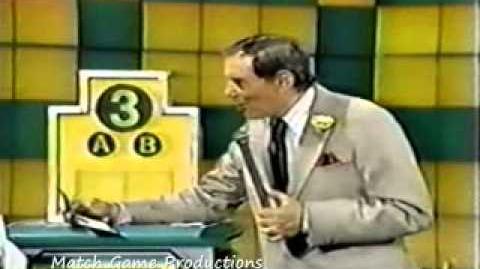