TKO was an unsold pilot where three contestants were asked questions and were given initial letters to the answer (a la Blockbusters).

The contestants faced a game board with three columns consisting of five questions each. The top three spaces each have a category and a dollar amount. Once a category was chosen, it was knocked out of the game and a new one appeared underneath. Each question was worth more money than the previous question in the column.

In the Final Knockout Round there were no categories, just general knowledge questions worth between $500 and $1,000 in $25 increments. The value was determined by a money spinner which was stopped when a player buzzed in. All the questions were "Knockout" questions but with one exception; none of the players actually score that money for a correct answer; instead they allowed the player with the correct answer to deduct it from one opponent's score. The last player to finish with any money in his/her bank won the game and kept that money plus s/he won a $5,000 bonus.

Supposedly, the three contestants stayed on the show for an entire week.

The sound for an incorrect answer is borrowed from the "Fast Money" round from Family Feud (1988).

The sound for the "Knockout" is borrowed from the TPIR Pricing game Pathfinder and Trivia Trap.

The pilot aired on Buzzr as part of their "Lost and Found" week on September 8, 2015.

In 2016, a clip of the pilot aired on Buzzr called Celebrating 75 Years of the TV Game Show. 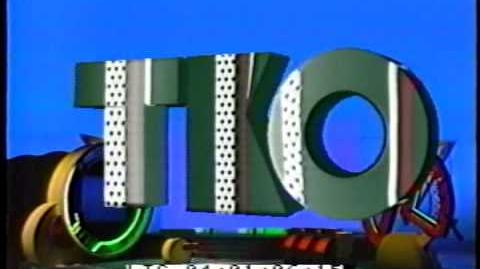 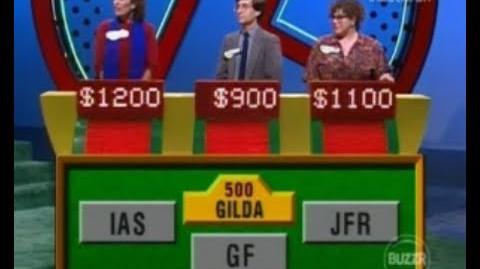