Split Personality was a short-lived game show, where two contestants tried to identify a celebrity from clues like height and hair color.

Two contestants attempted to identify celebrities from biographical clues that are spilt between two huge electronic game boards facing them. Each player chose a clue to give to his or her opponent. Among the possible clues a player could choose from were:

In the bonus round, the champion was shown a picture of two celebrities whose images had been combined into one. If both images were correctly guessed, then the champion won a bonus prize.

This was Tom Poston's first and only hosted game show in history. 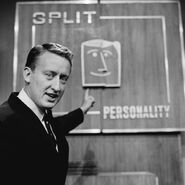 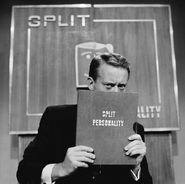 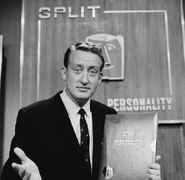 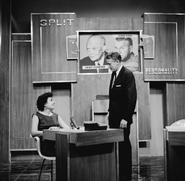 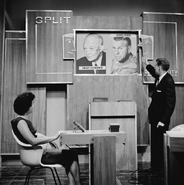 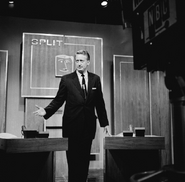 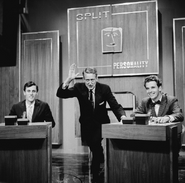 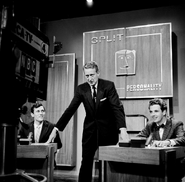 Retrieved from "https://markgoodson.fandom.com/wiki/Split_Personality?oldid=44346"
Community content is available under CC-BY-SA unless otherwise noted.