Snap Judgment was a word association game with a structure similar to Password.

The original format featured a word-association game played by two teams consisting of a contestant and a celebrity. Contestants completed their associations before the start of the show and their celebrity teammates had three tries to guess the association based on the clue word provided by McMahon. A correct guess won $10, while no correct identification allowed the other team to get the $10 by guessing correctly with one try. If both teams failed to guess correctly, the contestant would reveal the first letter of the association and each celebrity had one shot at guessing the association. The first team to score $100 won the game and played a bonus round called "The Big 5".

On December 23, 1968 the game format & set was changed to one virtually identical to Password, which had been cancelled by CBS over a year earlier. In the new format, the objective was to guess a word from one-word clues with a point structure identical to that of Password (10 points were awarded for guessing the password on the first clue, nine points on the second clue, eight points on the third clue, etc.) After the fifth word, point values doubled.

The first team to reach 25 points won $100 and played a reformatted "Big 5", played similarly to Password's Lightning Round, only with 30 seconds to guess five words at $100 each.

There were no returning champions in either format. Each show featured two new contestants. 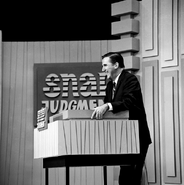 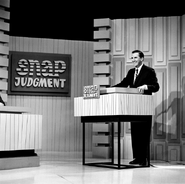 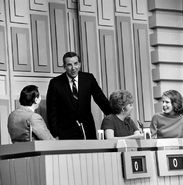 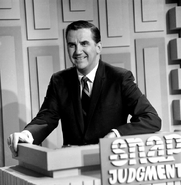 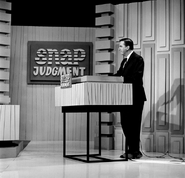 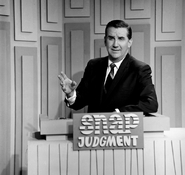 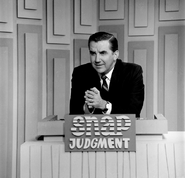 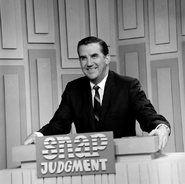 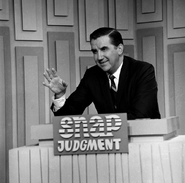 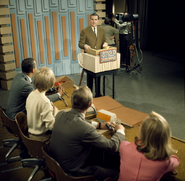 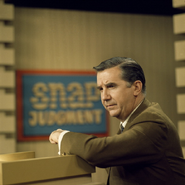 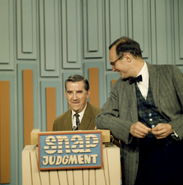 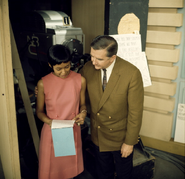 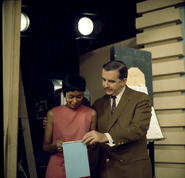 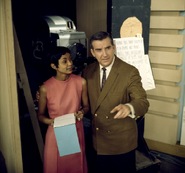 The control room, early 1969. Technical director Jack Irving is the man smiling in the center.

The floor director in position with Ed McMahon hosting, early 1969.

No episodes of Snap Judgment are known to exist.