Siêu Sao Đoán Chữ (Superstar Guess the Word) is a short-lived, Vietnamese version of Match Game that aired weekly in primetime on HTV7 from April 3 to June 19, 2017, for a total of 12 episodes.

Despite its ultra-success in the United States, this version was considered as "one of the worst game shows in Vietnam" and was also known for a controversial answer about Trung Dân provided by Hương Giang, which resulted to a scandal for her as this led to early cancellation of the show.

While this is the third and newest Goodson-Todman/Goodson game show to be adapted to Vietnam. However, after having lasted only 12 weeks, this show was one of the shortest-lived of all while the others ran for at least a decade (i.e. Hãy chọn giá đúng & Chung sức respectively).

Each match scored 50 points in the first round and 100 points in the second round. The game ended with each player playing Match-Up for 45 seconds, 50 points per match. The audience match answers were valued at 1,000, 500, and 200. A successful head-to-head match doubled that player's winnings, while an unsuccessful one cut the total in half.

The contestants receive 10,000₫ for every point scored.

Both Hương Giang and Trung Dân were in the panel of episode 7 (aired May 15, 2017). On that episode, there was a question as details: "Cát Tường always complained that Trung Dân is eager in exploring what's inside appliances and see how it works. One day, he put his head into a (BLANK) and got injured". Then, Hương Giang innocently answered "toilet". Trung Dân felt offended, so he complained with Hương Giang in an angry mood: "That's an offensive answer, please change it". Hương Giang refused, so Trung Dân scolded her and decided to leave the studio, despite the taping was in process.

After the scandal was on the headlines, viewers and celebrities harassed Hương Giang and said that "she's a childish and thoughtless girl" and claimed Sieu Sao Doan Chu as 'lame'. The situation went so far that a writer said, "HTV needs to axe this show immediately, it is totally garbage!". Ratings began to decline. After that, producers decided to block all the previous episodes out of YouTube, and Hương Giang and Trung Dân's appearances were edited out of air, and finally, HTV cancelled the show after only one season.

The set, logo and theme music was based on the 2016 Baldwin version in America. However, it still uses the "Match-Up" round from the shorter-lived 90s version.
In this version, both the panelists and the contestants are celebrities.

Although all episodes exist in their entirety and are preserved in the HTV archives, all of them had been lost on YouTube due to the scandal between Hương Giang and Trung Dân. However, some of the partial and full episodes remain among Dailymotion. 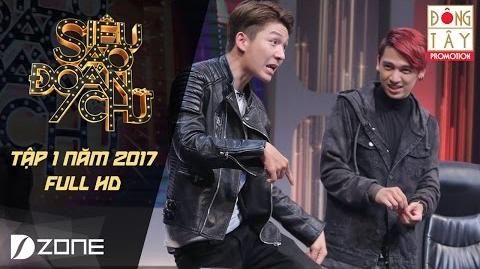 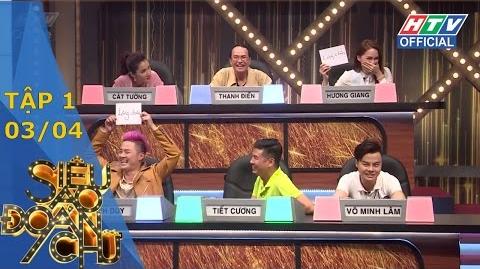