On a Roll was an unsold game show pilot where it combined elements of High Rollers, Wheel of Fortune, Password Plus/Super Password and Number Please all "rolled" into one (no pun intended by the way).

Two contestants competed in a game of word puzzles and crap shooting. To start, they play a toss-up round called "Name Game", a hidden word was shown with each letter revealed backwards. The first player to buzz-in wit the correct answer got control of the dice and received four rolls. When controlling the dice, the contestant was shown a large word puzzle with three rows of hidden letters which represents three clues to a famous person, place or thing. Each letter was numbered 1-11 while one letter in each clue was marked with question marks and cannot be revealed until a clue is solved. The contestant in control took his or her rolls to reveal the letters. Unlike High Rollers, the contestant was restricted to only pick the numbers shown on the dice or the total numbers when selecting the combination followed by the word. A roll of doubles or a bad roll gives control (and a free letter) to their opponent. When it became more difficult to make the rolls, the contestant in control can pass the dice to his or her opponent if he or she wished to. After each selection, the payer is allowed to make a guess at (either of) the clue(s) the letter(s) were revealed in. When the contestant uses all his or her four rolls, another "Name Game" is played. Upon solving/revealing a complete clue, the contestant gets to guess at the master puzzle. The first contestant to solve the puzzle wins the round. Two out of three round wins the game, $1,000 and a chance to play the "Lucky Seven" bonus round.

Before the endgame, the winner rolls to determine the top prize, $1000 times the roll. Then they are presented with seven words linked by a theme. As in the "Name Game", each word was revealed backwards. each word guessed correctly earned the contestant $100 but if they get all seven puzzles in 60 seconds, then he or she wins the top prize of up to $12,000.

This marks as David Sparks' first game show hosting gig before the short-lived revival of Crosswits later in the same year.

Pilot#3 of this show was uploaded on Youtube courtesy of veteran game show host, Wink Martindale on July 10, 2014.

In 2016, a clip of the pilot aired in a promo for Buzzr called Celebrating 75 Years of the TV Game Show.

In the Sound Effects department, the ring-in sound effect from the "Name Game" toss-up is from the Face-Off ring-in from Family Feud (Combs). In addition, the sound effect when a player guessed one of the three-lined puzzles incorrectly is from Pathfinder one of the many popularly rotating pricing games from The Price is Right (and before that Trivia Trap). Additionally, the synth-glissando SFX that was used to reveal the number of letters in words during the "Name Game" and "Lucky 7" would eventually be used about two years later on the short-lived daytime game show Blackout (produced by Jay Wolpert and hosted by Bob Goen) in 1988. as many of the sounds from this show were commonly used by CBS at the time.

The win cue ending is called Dig We Must, a formerly popular win cue from TPIR's Showcase Showdown.

Working Girl March by Dave Grusin, also used as a pilot theme song for both Star Words and Body Language respectively in 1983 (and before those, the film Tootsie in 1982). 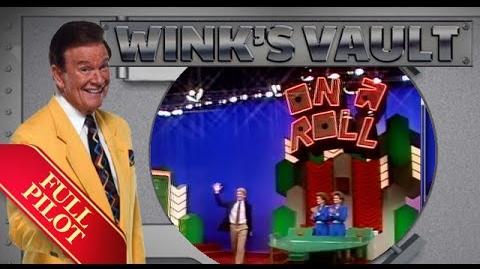 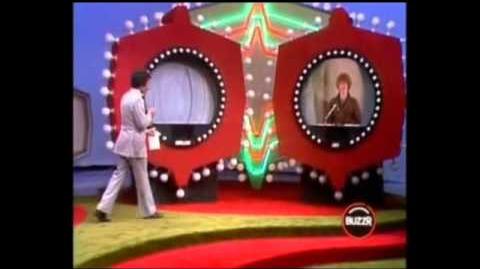