Marjorie Goodson was born on October 1, 1962 to Mark Goodson and Virgina McDavid.

In 1987, she became a model on Classic Concentration, replacing Diana Taylor. It was during this time that she met her husband associate director Tim Cutt. Together they had a daughter, Hannah, who was born in 1993. They have since divorced and Marjorie later remarried to William Cagle.

Cagle also appeared as a panelist on the short-lived ABC daytime revival of Match Game (hosted by Ross Shafer) in 1990.

After Classic Concentration, Marjorie became an artist, inspired by her father's art collection.

Recently, Marjorie returned to her first love, which is dance. She has even produced a cheesy coffee table book. 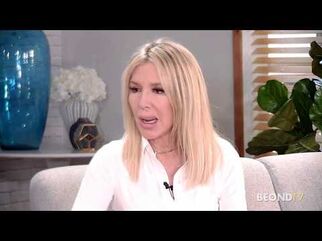