This is chronicling an unsold pilot called MG2 (or MG2: The Match Game) from 1996.

The front game was pretty much the same. However, everybody wrote down their answers first after the question was read by Tilton. The five panelists (i.e. "Downtown" Julie Brown, David Chokachi, Gil Gerard, Kathleen Kinmont and Rondell Sheridan) had their answers checked first while the two controlling player's last (again the roles were reverse). As on the 1998-99 version, cutesy named categories were used, rather than "A" or "B". The scoring system was one point per match in the first round and two points per match in the second round. The player with the most points won the game and $250.

The bonus round was radically different from any other past versions in two parts.

It takes place of the "Head to Head" match where in the first half featured each celebrity was told to pick an answer from a three possible answer multiple choice question about their personalities. The contestant then picked one of the answers and received $100 per match. This happened again with a different multiple-choice question and this time, each match was worth $200.

Tilton herself was once a rotating panelist on the original Match Game with the late Gene Rayburn in the 80s.
Many elements from the pilot were kept in the second pilot that was shot a year later with Michael Burger at the helm.
Rondell Sheridan would later become a panelist in the 1998 revival of Match Game hosted by Michael Burger.
Although the Goodson logo can be seen at the end, the spiel was never said nor mentioned by the announcer.
On November 22, 2018; the pilot can be see on Wink Martindale's official YouTube page as part of his ongoing Wink's Vault series. 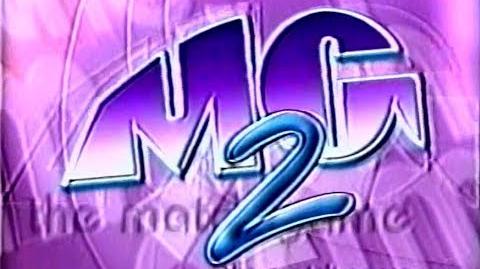