It's News to Me was a precursor to Liar's Club and somewhat a derivative of What's My Line?

Each round was a bluffing game where contestants attempted to determine if answers that was given by one of the panelists was true or false.

The contestant was staked to $20 at the beginning of the game. The contestant and panelists were then shown an item or items including props, drawings, photographs, or motion picture/newsreel footage. Sometimes a dramatic performance (example: Goodson-Todman staffer Frank Wayne appears giving part of a speech) was presented. A panelist chosen by the emcee would then supply a story that would tie the item to a news event, past or present. The contestant would then decide if the panelist's story was true or false. The contestant earned $5 for a correct decision and $5 was deducted for an incorrect decision. Play continued until all four panelists had played and the contestant kept whatever money that was earned at the end.

In this round, eyewitnesses or participants involved with news events in the past or present would play a game similar to "I've Got a Secret". The panelists would question the newsmaker to determine the identity of the news event. If the panel failed to identify the event, the newsmaker would receive $100.

John Daly was a journalist in real life. 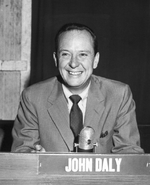 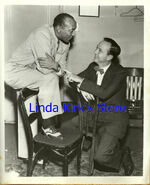 Jesse Owens on "It's News to Me" 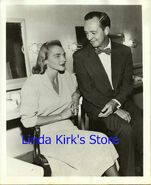 Miss America Kay Hutchins on "It's News to Me" 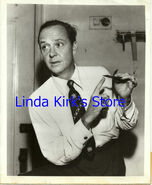 Anna Lee with a news "prop". 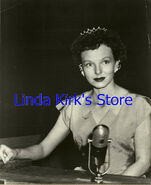 Anna Lee
Add a photo to this gallery

The status of most of the episodes is unknown, though at least six survive. These include the pilot; a contiguous block of four episodes from July 20, 1952 to August 10, 1952; and a July 16, 1954 episode hosted by Walter Cronkite.

The destruction of What's My Line? kinescopes ceased with the July 20, 1952 episode, after which the survival rate of subsequent episodes is almost 100%. Given the date in common, it's possible that Goodson/Todman preserved It's News to Me from that point forward as well; if so, the remainder of the show's run would exist in the Goodson/Todman archives. On the other hand, given the ephemeral nature of the show's subject matter, it may not have been deemed worthy of preservation.

GSN has aired John Daly hosted episodes in the past.

Retrieved from "https://markgoodson.fandom.com/wiki/It%27s_News_to_Me?oldid=42987"
Community content is available under CC-BY-SA unless otherwise noted.