Mark Goodson Wiki
Register
Don't have an account?
Sign In
Advertisement
in: I've Got a Secret, Game Shows A-M, Syndicated,
and 2 more

This is chronicling the 1972 version of I've Got a Secret.

Also on I've Got a Secret, celebrity guests played the game themselves. At the start of each show, the celebrity guest in question would introduce himself/herself followed by saying, "...and I've Got a Secret." The game was pretty much the same as with the regular contestants, but sometimes the panel would be off-stage in preparation of the game. Sometimes the secrets would be a personal secret, or something they were going to do that day.

According to one of the trade ads, this version was originally going to be hosted by Art Linkletter (of Kids Say the Darnedest Things fame) before Steve Allen. 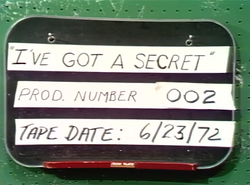 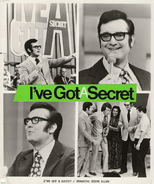 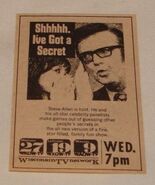 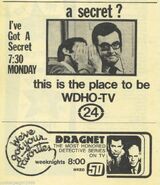 This series exists in its entirety, and has aired on GSN and Buzzr in the past.