Two contestants faced a computer-generated game board of 25 numbered squares. Behind those numbers were matching pairs of prizes, usually about 8 or 9 them per puzzle (originally 10). Behind these prizes was a rebus puzzle that contestants had to solve. On occasion, 2-4 squares were revealed at the beginning of a game. Contestants selected two numbered squares at a time during their turn, and if the prizes behind those numbers matched, that prize went into that player's prize column behind them and those matching panels were electronically removed to reveal pieces of the rebus puzzle hidden underneath.

Also hidden on the board were special squares that affected game play.

The first player to solve the puzzle, regardless of how much of it was showing at that point, got to keep all the prizes in their prize column and went on to the bonus round for a chance to win a new car. If neither player could solve the puzzle in its entirety after the last few numbers had been cleared, Alex would break down the solution of the puzzle one symbol at a time until someone could ring in and solve it.

If time was running short during the second game, all remaining prizes, Wild cards, and Takes (unclaimed and unused) were taken out of play, and the remaining numbers on the board were removed one at a time in numerical order until someone could ring in and solve the puzzle. For the contestant who rang in first, if they gave an incorrect response, then they were locked out and their opponent got a free chance to solve the puzzle in its entirety. If that player also could not solve the puzzle, then again Alex would break down the puzzle one symbol at a time until someone could ring in and solve it.

The bonus round was played with a board of 15 numbered squares arranged in a 3x5 grid. Behind those 15 squares were the model names of eight new cars that were onstage, usually a different eight every 5-7 shows (these cars were worth anywhere between $6,000-$12,000 in price, sometimes over $12,000 depending on the type of car). Seven of these cars were in matching pairs, whereas one was not, and so using the time that they were allowed, contestants were to match up the seven paired cars before their time expired. If this happened, then the seventh car that they matched was the car that they won.

During the first 15 months that Classic Concentration was on the air, both the main game and the bonus round were played twice each show.

Originally, whoever solved the puzzle went on to the bonus round while the loser was eliminated, except in the case of an interrupted game in the second game, in which the losing player would return to play in the next match on the next episode as the "challenger".

Following a week-long experiment in July 1988, from August 9, 1988 to June 28, 1990, the game was played in a best two-out-of-three match, with the first player to solve two puzzles winning the match and playing the bonus round. Unlike most game shows that tended to straddle when playing a best two-out-of-three match, Classic Concentration had each game and the bonus round fit into one complete episode. The first game was split over the first two segments, with the second and (if needed) tiebreaker game taking up the third segment. The bonus round was played during the fourth segment of the show. The tiebreaker game was played in speed-up mode, in which all 25 squares on the board were removed one at a time in numerical order until someone could ring in and solve the puzzle.

From June 29, 1990 until the series finale, the game was changed once more to a "two-strike" format in which contestants were allowed to keep playing until they either won a car or lost two games, whichever came first. With this format, the show went back to playing the main game and the bonus round twice each day. In each half of the show, whichever contestant solved the puzzle went on to the bonus round while their opponent received a "strike" on a small box on top of his/her contestant podium (an illuminated gold square with a black X in the middle). If a contestant got two strikes (lost two games), they were eliminated from the competition completely, but they still got to keep whatever cash and/or prizes they won up to that point, if any. This format was experimented with briefly from March 15 to August 8, 1988, in which the small boxes had an illuminated red square with a black X in the middle.

If there was time remaining during some shows, an audience member pre-selected before taping began played the bonus round for up to $500. Instead of the names of cars, dollar amounts of $5, $10, $15, $20, $25, $50, $75, and $100 were hidden behind the 15 numbers. The audience member was given 60 seconds and kept any amounts matched, which accumulated as they went along, or $500 for clearing the board. There was also a version that played similar to the "Double Play" bonus game from the 1973-1978 version.

In April 1989 and November 1990 respectively, Classic Concentration held a special Tournament of Champions involving ten contestants who won the bonus round in the shortest length of time over a qualifying period (1987-88 and 1989-90 respectively). These ten champions were not only back to compete for additional prizes on top of what they already won in their original appearances, but also for a second new car (ranging anywhere from approximately $15,000-$20,000 in price, depending on the car) and a large cash bonus ($25,000 in the 1989 tournament and $10,000 in the 1990 tournament).

In the 1989 tournament, since the game was played in a best two-out-of-three match at the time, the winner of each show played the bonus round with the clock counting upwards from zero and continuing until the seven paired cars on the board were successfully matched. If he/she matched the seventh car in 45 seconds or less, they won the car. If not, their time was used as the benchmark for other champions to beat. On Friday of tournament week, whichever contestant completed the bonus round in the shortest length of time that week won the tournament & the $25,000 bonus (the five contestants who made it to the bonus round that week got to keep the cars they won, regardless of who won the the tournament).

In both tournaments, all ten contestants still got to keep whatever cash and/or prizes they won in the main portion of the game that week, regardless of who won the tournament.

This was Trebek's second Goodson-produced game show that he hosted, his first was Double Dare (not to be confused with the popular Nickelodeon kids game show of the same name) in 1976 and his third (and final) one was the short-lived revival of To Tell the Truth in 1991.

In the first episode from 1987 (originally May 4, 1987) a contestant named David found three Wild Cards on the board.

The rainbow of cars graphic from the bonus round was also used on the 1986 Eubanks/Rafferty version of Card Sharks when a contestant wins a car game in the bonus round.

The panel flip sound from this version is used on many Saturday Night Live (or SNL for short) game show sketches as the ring-in sound. It was originally heard on Trivia Trap, the 1988 version of Family Feud (during Fast Money and all previous incarnations since) and the 1989 version of Now You See It. The Face-Off buzzer sound from Family Feud was used in a Speed-Up round.

The theme song from this series was originally used in the unsold 1985 Orson Bean hosted pilot of Concentration, the theme song was also used as ticket plug for Body Language hosted by the late Tom Kennedy. Additionally, the bonus round was also lifted from the pilot as well however, the contestant had to match prizes instead of cars.

Rerun on Sky One in the UK in the early 90's. At least two episodes (from Halloween 1988 and College Week, September 1989) circulates from these reruns.

Both Wheel of Fortune (Hosted by Bob Goen) and Classic Concentration aired their final first-run episodes on NBC Daytime on August 30, 1991. Both shows continued for three more weeks in reruns, before being taken off the air for good. However, reruns of the latter surfaced on NBC from October 28, 1991 to December 31, 1993, first with September 1990-August 1991 episodes, then with July 1987-July 1988 episodes. No episodes from May-June 1987 (as well as Diana Taylor's last six shows) and August 1988-August 1990 (the bulk of this point in the run used the Best 2 out of 3 format) were played.

Bob Hilton made a cameo (complete with a rebus puzzle) in 1990 to plug the premiere of Let's Make a Deal.

Because Classic Concentration taped across the hall at NBC from the Tonight Show, at least two celebrities appear in walk-on rolls. Musician BB King and Comedian Buddy Hackett both did cameos. 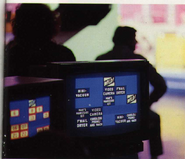 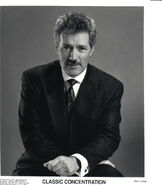 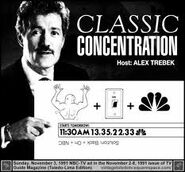 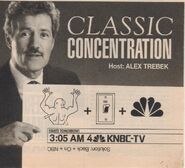 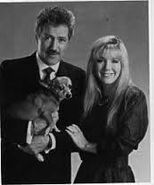 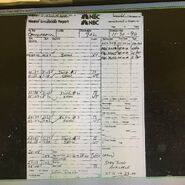 The series is believed to be intact and reruns of the show currently air on the digital multicast network Buzzr.