Card Sharks was a game show where two contestants play acey-ducey, high-low with their row of five cards in order to win lots of money.

The two pilots were pretty much like the actual series, except with these few noticeable changes:

In the first pilot, it featured lawyer and fellow game show pilot contestant Jack Campion while in the second featured Johnny who "Broke the Bank" (similar to Norma Brown) as he won $28,800 in the Money Cards.

Two contestants competed against each other on all versions of Card Sharks. Each contestant was assigned a row of five oversized playing cards. Each contestant had a standard 52-card deck; the ace ranked highest and the deuce (two) ranked lowest. The champion played the red cards on top, while the challenger played the blue cards on the bottom. In case of two new players, a coin toss was used to determine who played red and who played blue.

Control of the board was determined by asking a survey question similar to the surveys done on another Goodson-Todman/Goodson classic Family Feud. Questions were posed to 100 people of the same occupation, marital status or demographic (ex: “We asked 100 policemen, ‘If a naked female ran past you, would you be able to remember her face?’ How many said yes, they would recognize her face?”). The contestant who received the question (with the red-card player, usually the champion, going first) then gave a guess as to how many people gave the answer that the host gave (and usually his/her reasoning, although this is not required). After hearing the guess, the opponent had to choose whether the correct number was higher or lower than that guess. Choosing correctly gave control of the board to the opponent; otherwise, the initial contestant gained control. The initial contestant would also gain control of the board if he/she correctly guessed the survey answer.

Starting on October 20, 1980, an exact guess won a $500 bonus for the contestant; the contestant keeps it regardless of the game's outcome. Up to four toss-up questions were played per game.

Beneath each contestant's row of cards was a moving bracket bearing the contestant's name which would mark one of the cards as the "base card". Each contestant's base card was the first card in the row of five. The winner of the question could choose to either play and keeping his/her base card, or have it replaced with another card from the top of the deck. The contestant then guessed whether the next (face-down) card in the row was "higher", "lower"; or (never said) "the same thing".if correct, he or she could continue to guess the next card after that and so on (if both cards were the same, the guess counted as incorrect).

On an incorrect guess, the contestant loses his/her progress and returns to the base card with the other revealed cards being discarded and replaced by new face-down cards before the next question in the round. In this event, the opponent received a free chance to play his/her own row of cards but could not change the base card. Contestants could also choose to "freeze", thus making the last revealed card the new base card and preventing the opponent from receiving a free chance.

If neither contestant guessed all the cards on his or her row correctly, another toss-up question was asked and the same procedures were followed until someone revealed all the cards in the row or the fourth question in the round was asked. In the final months of the NBC run, a $500 bonus was awarded for guessing correctly on all four cards in a single turn without freezing.

$100 was awarded for each game won, with two games winning the match and the right to play the Money Cards bonus game.

The most a contestant could win on the NBC version was $28,800, which was done once in the entire show's run by contestant Norma Brown (it was also done on the 1978 version's second pilot).

Duplicate cards (for example, two 8s in a row) originally counted as an incorrect wager. Almost three months after an incident in which all four 3s in the deck came up in a row,[1] as well as a separate incident involving all four Jacks in the deck, this was changed on October 20, 1980 so that the contestant neither won nor lost money if a duplicate was revealed (referred to as a "push" by Bob Eubanks and Bill Rafferty in the 1986 revival, and a "double" by Perry). From then on, Jim encouraged the contestant to wager everything on an Ace or deuce since there was no way the contestant could lose with either card.

Card Sharks held many special tournament weeks over the years. From September 8- 26, 1980, the show held a three-week Game Show Host Turnabout Tournament that pitted eight-game show hosts against each other. The participants of this tournament were Allen Ludden, Gene Rayburn, Bill Cullen, Wink Martindale, Tom Kennedy, Alex Trebek, Jack Clark, and Jim Lange. From November 10-28, 1980, a three-week celebrity tournament was held and featured celebrities who were from television and comedians like Avery Schreiber, Greg Mullavey, Marcia Wallace, Mary Ann Mobley, Ross Martin, Vicki Lawrence, Bill Daily and Meredith MacRae. In the final week of each tournaments, the top four winners faced each other with a $25,000 bonus going to the winner's chosen charity. Other tournaments held included "Young People's Week", in which kids competed and during the Money Cards, the children would be joined by their parents to play along.

The title of this show is a play on the term "Card Sharp" meaning that a person who is skilled at card games.
This was the first Goodson-Todman game show to bow on NBC for nine years since the original version of The Match Game hosted by the late Gene Rayburn ended on September 26, 1969.
Thirteen years later, both Jim Perry and Gene Wood would work together again on the unsold 1994 lottery game show pilot called Cash Tornado.
The bonus round "Money Cards" was inspired by the end game of the unsold game show pilot called King of the Hill (not to be confused with the formerly popular FOX Primetime animated series from 1997 until 2010 of the same name) hosted by Robert Earle and produced by Chester Feldman in 1975.
This version never had a syndicated spinoff unlike the 1986 and 2001 versions respectively.
The theme song was borrowed from the short-lived 1976-77 CBS daytime game show Double Dare.
41 years later, a gold version of the logo and theme song appeared in the McHale version on ABC as part of their "Summer Fun & Games" block.

Card Sharks has been referenced, featured or spoofed in the following:

Game Show Marathon was hosted by Ricki Lake and announced by Rich Fields. The show was filmed at CBS Television City in Hollywood and aired on CBS from May 31, 2006 to June 29, 2006.

The contestants for this episode were Brande Roderick and Page Davis.

Contestants received $1,000 for winning round one, $2,000 for round two and $3,000 for round three for a grand total of $6,000. The player with the most money goes to the Money Cards. It is unknown what would've happened if a $3,000-$3,000 tie occurred. The Money Cards offered a top prize of $144,000. $1,000 was given at the start of the round and another $1,000 was given on the second level. Just like the other incarnations, minimum bets are still worth $50 on each card until the Big Bet, where at least half of the current score must be wagered. In addition, much like the CBS/Syn. version, the contestant was allowed to change one card per line by using one of three spare cards. In addition, a car game was added. However, it did not resemble either versions from the 1986-89 period. In this version, the celebrity contestant has to correctly determine whether the number of cheerleaders that answered "yes" to a question was higher or lower than a five (ex. "We asked these cheerleaders, 'Have you ever dated someone from a rival school?', How many of these 10 cheerleaders said they have dated someone from a rival school?), and a card taken from the blue deck was used for the actual answer. 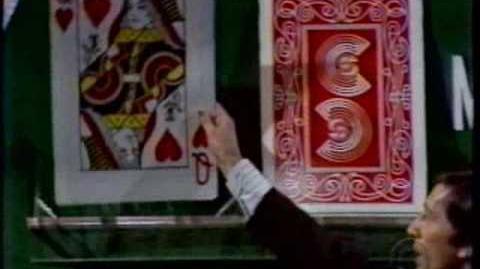 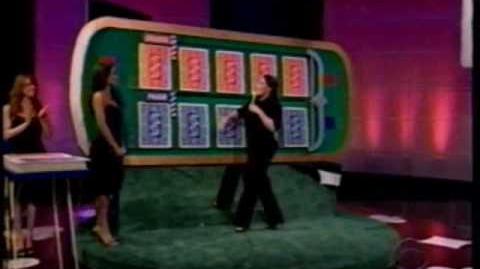 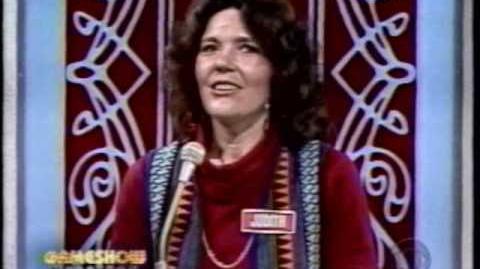 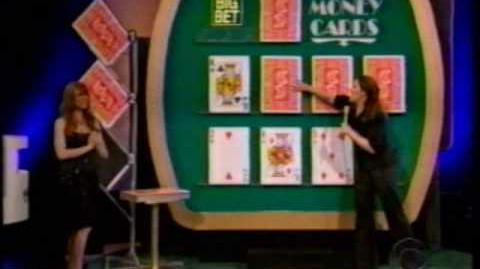 This series exists in its entirety, and has aired on GSN and Buzzr at various times. 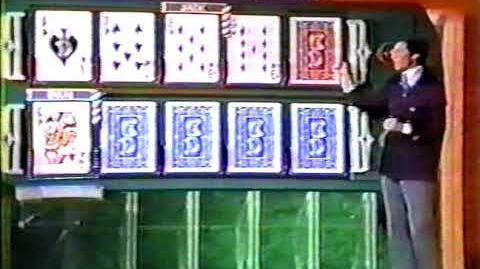 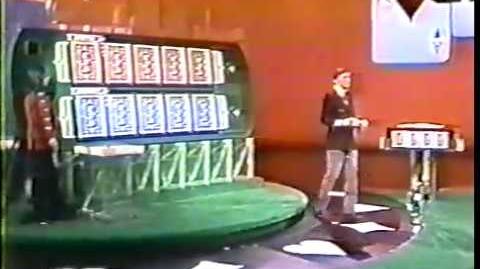 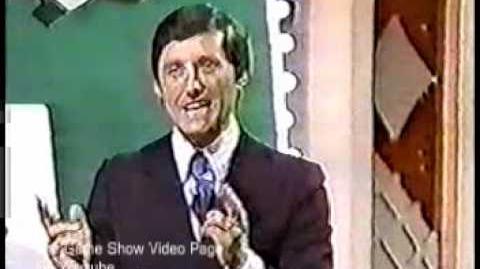 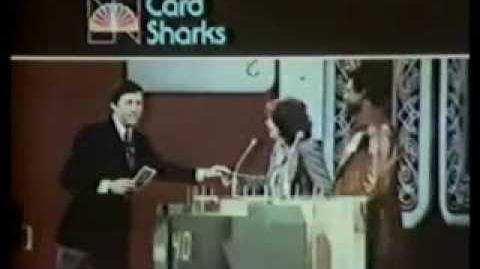 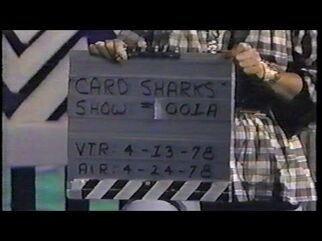 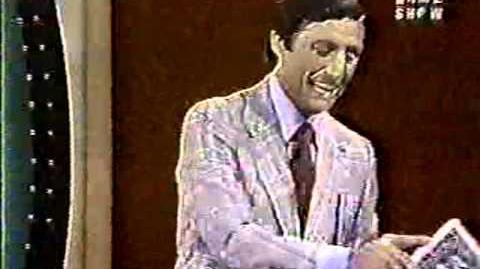 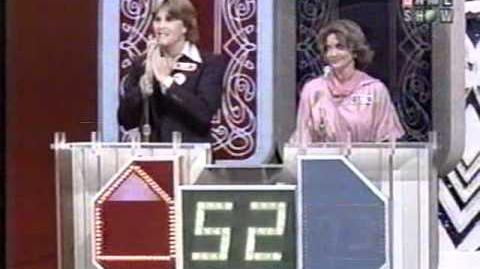 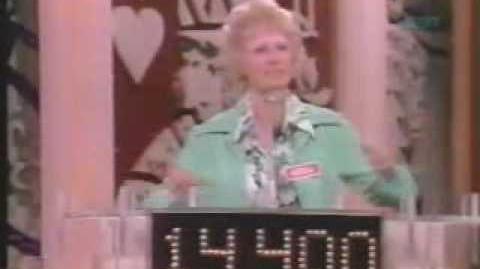 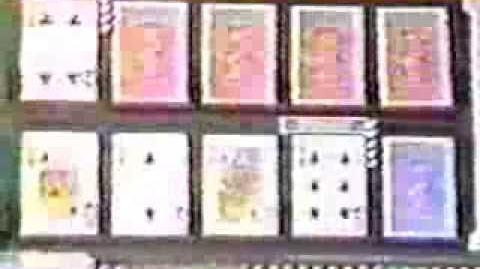 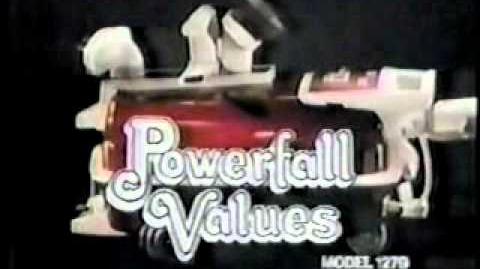 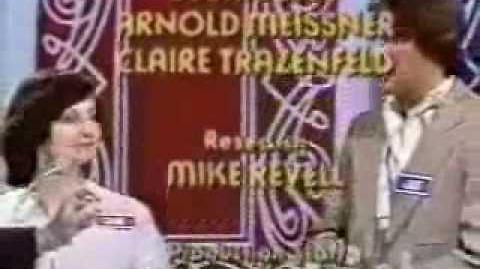