Broken Sabre was a television movie where it was an edited version of episodes from his short-lived tv western series Branded.

In the 1880s, Jason McCord (played by Chuck Connors) travels across the country trying to prove he's not a coward because his Army career and West point graduate came to an end when he was thrown out of the army after being falsely accused of cowardice. 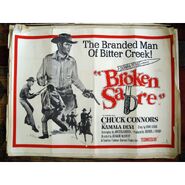 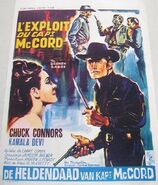