Body Talk was an unsold pilot that was similar to Body Language & Showoffs before it.

Two teams of three players (consisting of two celebrities & one contestant), played this game of charades in a "battle of the sexes" manner (three men vs. three women). The women were dressed in red and the men were dressed in blue.

In the first round, a celeb from each team came up. One got the choice of two words, leaving the other to the opposing team. Whichever team got their word fastest won $100. This continued in pairs until each celebrity got to choose once.

The second round was a 5-word speed round for each team at $100/word.

The third & final round was similar to the "Bid-A-Note" round from Name That Tune. Each team would send up one celebrity, and both were shown a word. One of the celebs would bid how much time they could do the word in. The other celebrity could either choose to beat that time or challenge the other celebrity to do it. The celebrity that won the bidding got act out the word in the time allotted. If the first team can beat the clock they won the word, otherwise the opposing team won the word. The first word was worth $300 and each new word went up by $100. The first team to win $2,000 or more wins the game and goes on to the bonus round.

Bonus Round: The Lineup[]

In the bonus round (called The Lineup), 10 members of the studio audience come on stage and THEY act out the words while the team guesses. Each correct word was worth $100, and if the team guessed seven words before time ran out the contestant won $7,000.

This was the last pilot created by Mark Goodson before his death in 1992.

pilot#1 (featuring Elaine Joyce instead of Jacklyn Zeman) aired on Buzzr as part of their "Lost and Found" week on September 11, 2015 and again on September 14, 2017.

The times up sound effect is borrowed from the "Fast Money" round from Family Feud.

The timer cue is similar to that of the "Winner's Circle" bonus round from Pyramid & Sale of the Century's Speed Round.

Edd Kalehoff for Score Productions - The theme was previously used on TKO, and later on Illinois Instant Riches & Bonus Bonanza. 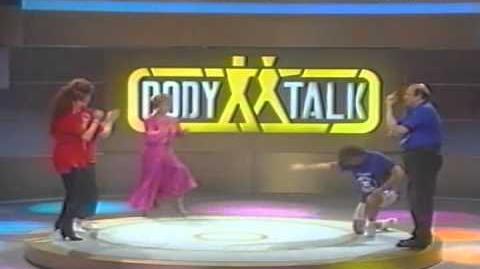 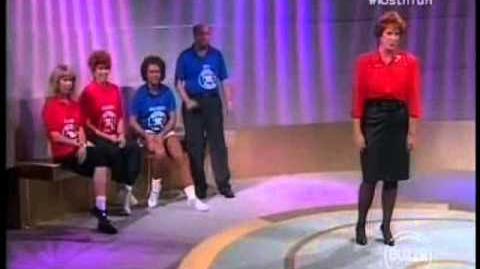